Impact of COVID-19 on the Global Electric Bicycles Market

Global Electric Bicycles Market has witnessed a negative impact on the product demand in recent months owing to the lockdowns imposed in the majority of the countries. These lockdowns have resulted in temporarily halting the manufacturing of bicycles since its outbreak in December 2019. In addition, several countries announced lockdowns, resulting in reducing the demand for electric bicycles. However, the demand for these products is anticipated to restore in the coming months as several governments prepare to uplift the lockdowns in a phased manner. Electric bicycles (or e-bikes) consists of integrated electric motors that can be used for propulsion or moving the e-bike forward. E-bikes consist of rechargeable batteries that can travel up to 25 to 32 km/h, depending on government regulations established in the country.

Strict government regulations, coupled with the continuous innovation of eco-friendly vehicles and the increasing fuel prices, are the key drivers of the global electric bicycle market. These products help the riders to enjoy the fresh air and the countryside holiday without breaking a sweat. People with heart and blood pressure problems can also use the e-bike as riding an e-bike is less exhausting when compared to traditional bicycles. In addition, tourism has contributed significantly to the increasing demand for e-bikes in numerous countries, including Germany, the Netherlands, Italy, France, Austria. These dynamics have turned tourism into one of the key drivers for the electric bicycles market. Furthermore, the electric bicycle market is anticipated to witness notable growth over the forecast period as various government bodies have launched initiatives with an aim to build bicycle lanes for e-bikes and motorized vehicles. Beginning in 2009, the District Department of Transportation (DDOT) has built over 12 miles of protected bike lanes in Washington, the US till 2019. In 2020, DDOT started its project for building over 20 miles of protected bike lanes. The schemes are funded with a huge budget, and these schemes are also likely to focus on improving the biking infrastructure. There have been proposals to develop two-way bike lanes on one-way streets to ensure quick commuting of cycles. This will ensure a higher use of bikes than the metro, for daily commutes. Thus, the demand for electric bicycles is anticipated to propel over the next few years. 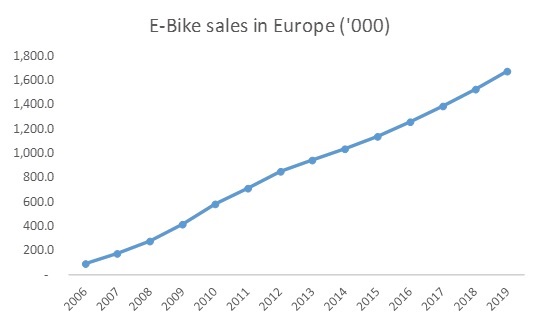 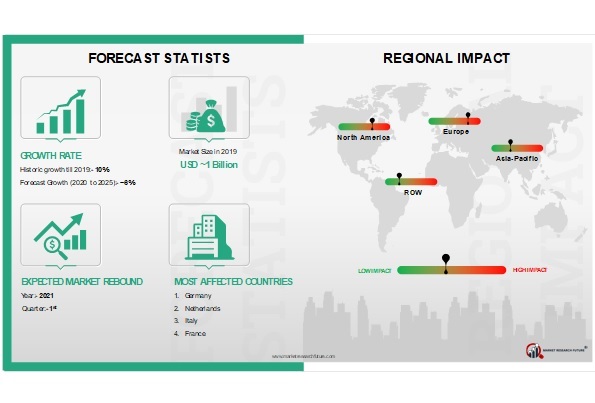