Impact of COVID-19 on the Global Distribution Transformer Market

The outbreak of COVID-19 has brought the world to a standstill, disrupting various sectors globally. The power industry is one of the worst affected industries. According to Independent Commodity Intelligence Services, the nuclear power availability in the EU is likely to remain consistent as several countries, including the UK and Germany, have announced safety measures to ensure the continuation of operations. This is expected to be helpful for the distribution transformers in the EU to supply the power to the facilities outside settlements, such as isolated houses, farmyards, or pumping stations. However, the lockdown has impacted the financial health of many power distribution companies. For instance, India's daily power demand has declined by 25 to 28% since the beginning of the nationwide lockdown, driven primarily by the factory and office closures in the commercial and industrial sectors. Distribution companies would have to incur higher aggregate technical & commercial (AT&C) losses than the levels specified by regulators as the T&D losses incurred are higher than earlier.

However, the impact of the pandemic might affect the forecast for electricity generation in the US. For instance, the retail sales of electricity to the commercial sector to fall by 4.7% in 2020 as businesses have been closed and industrial sales to fall by 4.2% as factories cut back their production. This would ultimately affect the electrical power distribution and transmission through distribution transformers in the country. Moreover, in China, the industrial sector, which accounts for approximately two-thirds of China’s electricity consumption, led the demand drop. The sector recorded a 12% decrease in electricity consumption, which is also expected to affect electricity distribution in the country in the near future. 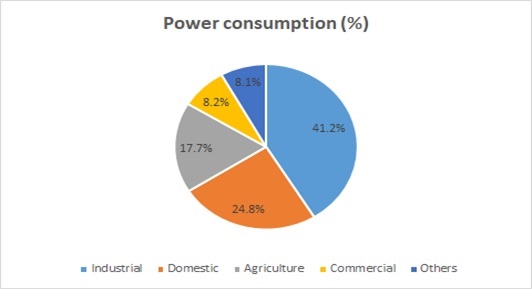