Impact of the Covid-19 Outbreak on the Disconnect Switches MarketThe spread of COVID-19 has negatively impacted the global disconnect switches market owing to the lockdowns imposed in the majority of the countries across the globe since December 2019. A disconnect switch is primarily used to de-energize an electric circuit during servicing and maintenance. The switch interrupts the flow of electrical current by stopping the flow of power, allowing for emergency shutdowns. The switch has applications in large industries and power distribution, wherein high-powered machines have their power source connected. There are two types of disconnect switches, namely fusible and non-fusible. Fusible switches use fuses to protect against an overcurrent, whereas non-fusible disconnect switches do not protect against short circuits and only switch the electrical flow on or off. The demand for these products has been interrupted due to the temporary shutting down of businesses in recent months. However, several countries’ efforts to restore their economic conditions, coupled with the numerous advantages offered by these products is anticipated to boost the product demand in the coming years.

The major factors driving the growth of the global disconnect switches market include growing transmission and distribution networks and increasing investments in industrialization, especially in the developing economies. According to OECD, the cumulative investment in the power sector from 2017 to 2040 would reach approximately USD 5.9 trillion for transmission and USD 2.1 trillion for the distribution networks. Thus, the demand for disconnect switches is expected to increase during the forecast period. Additionally, the global disconnect switches market is projected to grow significantly during the forecast period due to the increasing need for safety in industries and rapid urbanization & industrialization. According to the International Energy Agency (IEA), the US would need to invest USD 2.1 trillion by 2035 to modernize its grid infrastructure, including 579 GW of new generating capacity, and extensive refurbishment of the transmission networks. Moreover, according to the India Brand Equity Foundation (IBEF), the infrastructure sector in India is projected to generate a requirement of investments worth USD 777.73 billion in infrastructure by 2022, which would, in turn, increase the demand for efficient power systems, driving the demand for disconnect switches and other electrical components. 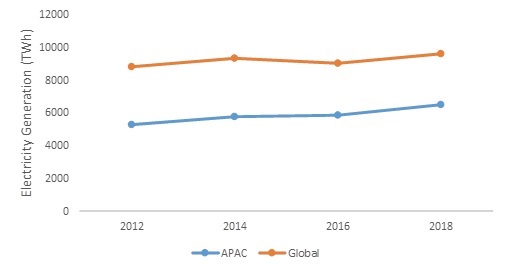