Impact of the Covid-19 Outbreak on the Circuit Breaker Market

The spread of COVID-19 has negatively impacted the global circuit breaker market owing to the lockdowns imposed in the majority of the countries across the globe since December 2019. A circuit breaker is an automatic electric switch which is designed to stop the flow of current in an electric circuit and protect the electrical system from damage. Circuit breakers are majorly utilized in industrial, commercial, and residential areas. They aid in protecting electric appliances from electrical overload, over-current, or short circuit. Circuit breakers do not need any replacements like fuses or other safety devices. Moreover, circuit breakers are cost effective and provide reliable operation of electric circuits. The demand for these products has been interrupted due to the temporary shutting down of businesses in recent months. However, the efforts of several countries preparing to restore their economic conditions, coupled with the numerous advantages offered by these products are anticipated to boost the demand for circuit breakers in the coming years.

Increasing access to electricity in developing countries is expected to propel the demand for circuit breakers in the next few years. Governments around the globe are taking initiatives to develop smart cities for conserving energy, which would further drive the market, particularly for miniature and molded case circuit breakers. Additionally, the global circuit breaker market is projected to grow at a significant rate owing to the growing need for efficient protection of devices in electrical circuits and the constant rise in the demand and consumption of electricity. According to Bloomberg NEF, the global demand for electricity would reach around 38,700 terawatt-hours by 2050 from 25,000 terawatt-hours in 2017, driving new investments in the power sector, which is projected to increase the need for electrical devices such as circuit breakers. 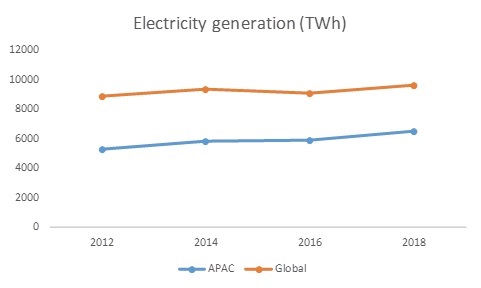