The all-terrain vehicles (ATV) Market has witnessed a negative impact on the product demand in recent months owing to the lockdowns imposed in the majority of the countries. These lockdowns have temporarily halted the manufacturing of ATVs since the coronavirus outbreak in December 2019. Also, several countries witnessed curfew-like situations where tourism was not allowed, impacting the demand for ATVs. However, the demand for these products is anticipated to recover in the coming months as several governments prepare to lift the lockdowns in a phased manner. All-terrain vehicles, also called quad bikes, or quadricycles are vehicles with large and robust tires with low tire pressure, a wide seat that assists the driver to be seated in a comfortable position and are is fitted with a wide handlebar allowing easy control and maneuverability to the driver. This automobile is designed to be ridden, preferably as a single seater, or with a pillion rider. ATVs are designed to handle a large variety of terrains as compared to other automobiles. They are not legal to be ridden on the streets in the majority of countries, and thus, require special permission for riding on the streets.

All-terrain vehicles are generally designed to be operated by a single rider, though some manufacturers design these vehicles to be ridden by the operator as well as the passenger riding pillion. The vehicle is to be operated more or less like a motorcycle, but the four wheels give it extra stability and control along with the scope to be easily maneuvered in difficult and unpredictable terrains. These vehicles are highly customizable and have an engine capacity ranging from 100CC to as high as 1000CC according to the need and application. The all-terrain vehicles, since their inception in the 1960s, were three-wheeled till the late 1980s. Suzuki Motor Corporation from Japan was the first company to introduce the four-wheeled ATVs in 1982. Due to greater stability, engine efficiency, and vehicle performance of the four-wheeler variant, the three-wheeled ATVs gradually phased out, post-1987. After the trend of four-wheeled ATVs spread globally, the engine capacity was increased sharply by the manufacturers along with the ability to ride the vehicle in the most difficult of terrains and extreme riding conditions. There are several factors responsible for the growth of the global all-terrain vehicles market. Firstly, the growing economies have boosted purchasing power and spending capacity of individuals and societies for these leisure and adventure vehicles. Secondly, competitions involving all-terrain vehicles in the developed nations lead to greater tourism, which further drives this market. Thirdly, all-terrain vehicles present an easier option for people with disabilities or physical shortcomings to explore natural terrains, which otherwise would have been a problem. The global ATV market is anticipated to rebound once international travel bans are lifted. International travel and tourism activities are expected to be resume by the second quarter of 2021. 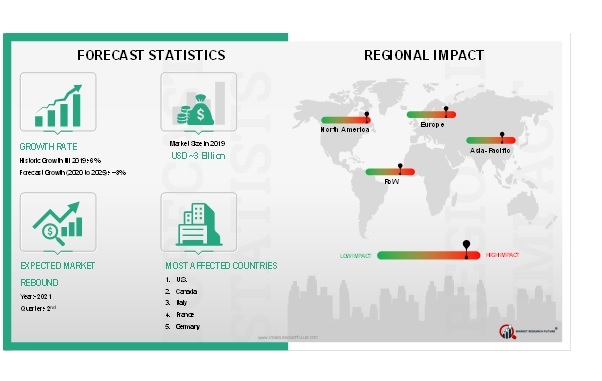